Terry Pratchett: Back In Black

This review of and words about Back in Black also appear in Issue #239. 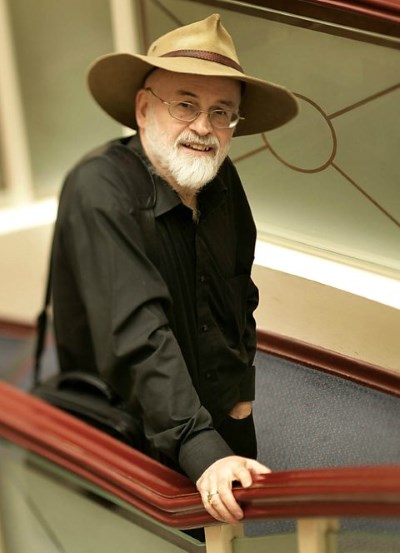 On Saturday 11th February BBC2 broadcast the fourth in the trilogy of Terry Pratchett documentaries. The documentary allows Terry to tell the story of his life in his own words, channelled through actor Paul Kaye. It also features contributions from fellow authors Neil Gaiman and Val McDermid and from many of Terry's friends and family including Rhianna Pratchett, Paul Kidby, Colin Smythe, Bernard Pearson and, of course, his right-hand man Rob Wilkins. The documentary also features a number of fans, filmed at the 2016 Discworld Convention, sharing some of their memories of Terry.

The documentary tells about Terry's troubled early education and his joyful experience of discovering the local library. Where, through reading, he found all the friends he ever needed (a sentiment that many of us can probably empathize with).

Terry talks about his time at the Bucks Free Press where he quickly discovered that there is no such thing as writer's block especially when there is an editor shouting at you to get the thing written.

Many of contributors touch on how Terry's anger at injustice and unfairness powered the Discworld where, to some extent, Terry could bring attention to these injustices.

The final part of the documentary is the darkest. We hear about how it became clear to Terry and Rob that something was going wrong when Terry accused Rob of stealing the S key from his keyboard. This was shortly before Terry was diagnosed with PCA and subsequently just before Terry's life changed again and he became "Mr Alzheimer's". We all traveled with Terry on this journey and the previous documentaries presented the progress of the PCA. The scenes where Rob and Terry are sat down just reminiscing are heartbreaking to watch as Terry desperately tries to reach for the words that are just outside his grasp. It is poignant that Rob turns to camera and says "we've probably done this six months too late."

Paul's impression of Terry is very good, though different enough not to become creepy. I think it was a brave decision to have an actor play Terry rather than use a narrator. Personally I really like it. Paul Kaye has certainly gone up in my estimations.

The documentary made me in turns laugh out loud, think deeply and cry. I loved that the contributors were not afraid to show their feelings. Neil Gaiman, sitting in a Chinese restaurant, explaining how he visited Terry for one last time was so moving is had us all in tears.

This is a beautiful memorial of Terry and one I think fans will want to keep forever. It's not a deep documentary like Living with Alzheimer's or Choosing to Die but a deeply personal and warm documentary about an amazing and wonderful man that we all loved. I really hope that the BBC will release this on DVD / Blu-ray as it is something that I will want to occasionally revisit [and not just because I got a couple of lines in - Ed].

UK residents can watch Terry Pratchett: Back in Black on the BBC iPlayer (for 30 days after broadcast).

UK residents can also purchase a digital copy keep via digital download from the BBC store it costs £1.89 for the standard definition or £2.49 for HD.

Words About Terry Pratchett: Back in Black 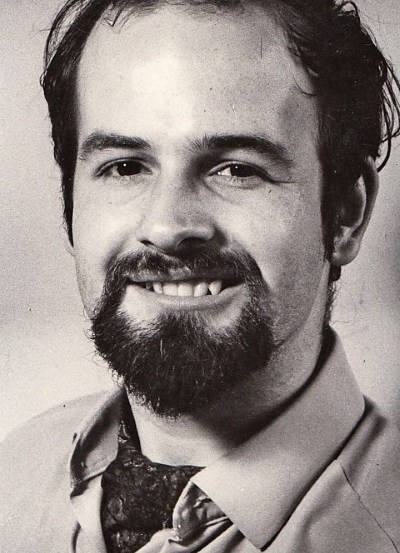 Back in Black is all about Terry's life. How he grew, why and how he became the author, right up until his death and how he touched many of our lives.

Paul Kaye makes an awesome Terry. He sounds close enough and looks enough like him for the purpose of the documentary but not enough like him to be creepy. I did have some reservations when I saw the preview trailers but having seen the whole documentary, the man did good.

I'm not going to rattle on about the contents, it's all brilliant. From snippets of past interviews with Terry himself to Paul being kicked by a schoolgirl, every bit had a right to be part of the story. It made me smile and giggle.

But, I'm just going to say this. I held it together right up until Neil Gaiman cried. Right in that moment, Neil embodied how every single fan felt about Terry's passing. Whether it be tears for the books we could have had, or tears for the man who touched us all, seeing Neil cry over his friend speared into my heart and echoed how we all felt. I was left wanting to reach into the screen and give Neil a hug.

Neil, you bastard. Once the tears started flowing, I struggled to make them stop just as you did, just as they should be.

I want this on Blu-ray, do you hear me Rob? Charlie? BBC executives? I want this documentary on my shelf because it is a celebration, a fitting piece of docudrama that puts the Terry we knew and loved on the screen to comfort us when we need a reminder of him. Something we can't leave tear stains on. Well done to Terry, Charlie, Rob and the team. You gave us exactly that.