Johnny Maxwell Series » Only You Can Save Mankind 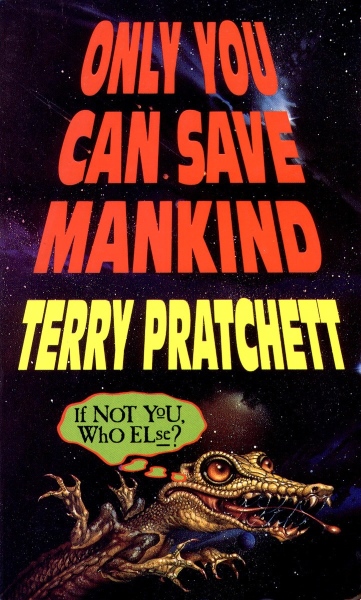 As the mighty alien fleet from the very latest computer game thunders across the computer screen, Johnny prepares to blow them into the usual million pieces. And they send him a message: We surrender. They're not supposed to do that! They're supposed to die. And computer joysticks don't have 'Don't Fire' buttons... It's hard enough, trying to save Mankind from the Galatic Hordes. It's even harder trying to save the Galatic Hordes from Mankind. But it's only a game, isn't it. Isn't it?

Get Only You Can Save Mankind from: