The 100 Great Westerners is about celebrating what makes the region and communities we live and work in great – its people. The communities that have grown around the great iconic Great Western network have been shaped by so many inspirational individuals and organisations.

The people on the list of 100 Great Westerners are a host of fantastic people who were nominated by the public and the readers of Trinity Mirror’s titles across the south west of the UK. The list contains many greats such as Agatha Christie, Dylan Thomas, JK Rowling, Enid Blyton, Tommy Cooper, Tom Jones, Max Boyce, Diana Dors, Michael Bond and Banksy.

This year marks another milestone for GWR with the launch of the Intercity Express trains. They are the next generation of intercity travel boasting more seats, quicker journeys and an improved travelling experience.

Over the next couple of years GWR will be naming these trains after 50 of the most inspiring Great Westerners named on the list.

Each Inspirer will give each train its own identity – different not only from others in the fleet, but making them icons for the railway and the region they serve. Each name will be accompanied by a commemorative coin, each individually designed to complement the named Great Westerner.

The first of the trains was named Queen Elizabeth II when the Queen officially launched the fleet earlier this year.

We can only hope that one of these trains get the honour of being named after our beloved author Sir Terry Pratchett. (Secretly we would rather it was called the Iron Girder).

We will of course let you know if that occurs. 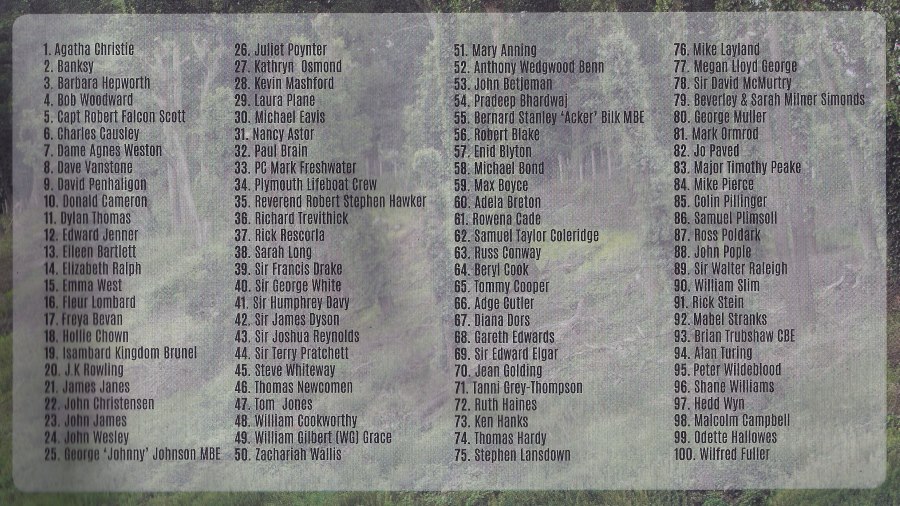 The list was formally published in a supplement that accompanied the Trinity Mirror groups newspapers published on the 16th Oct 2017.